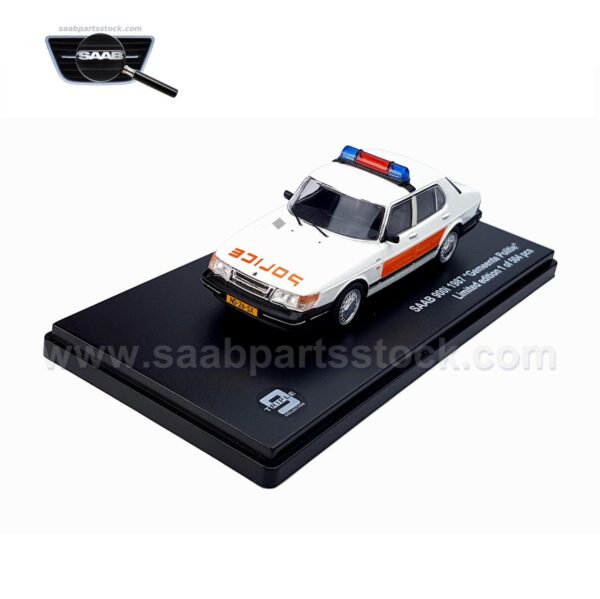 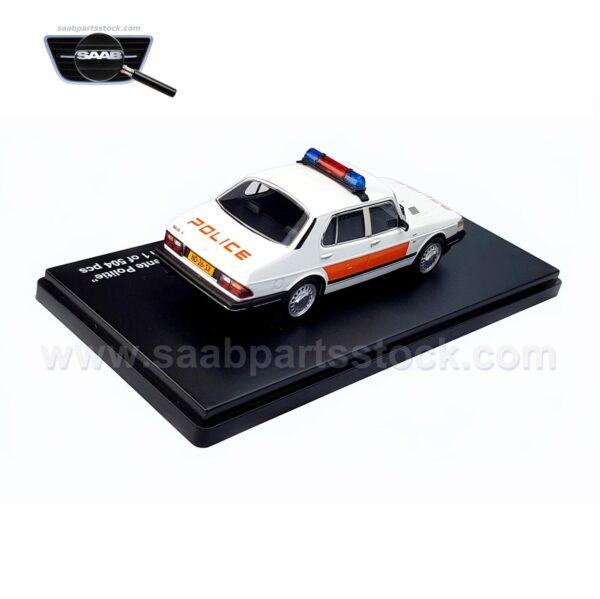 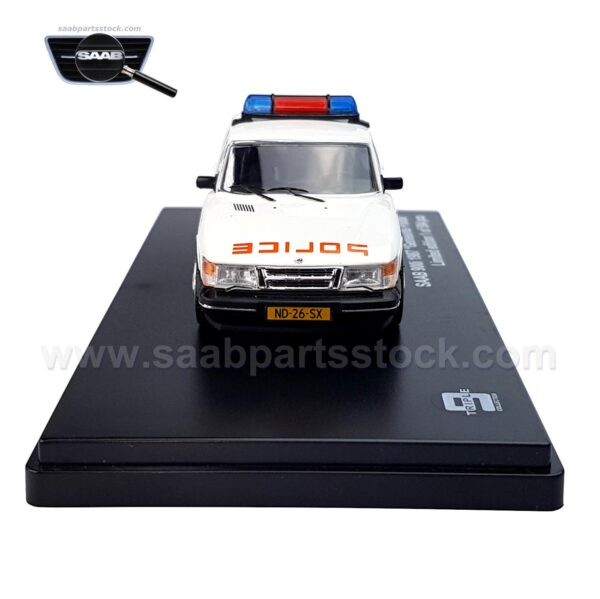 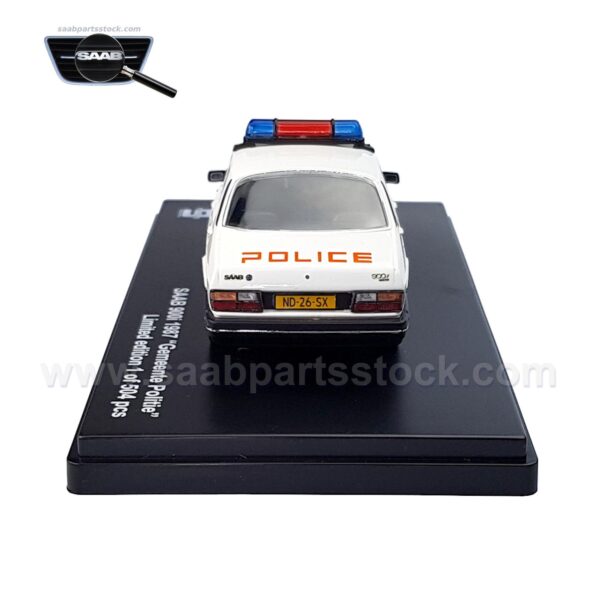 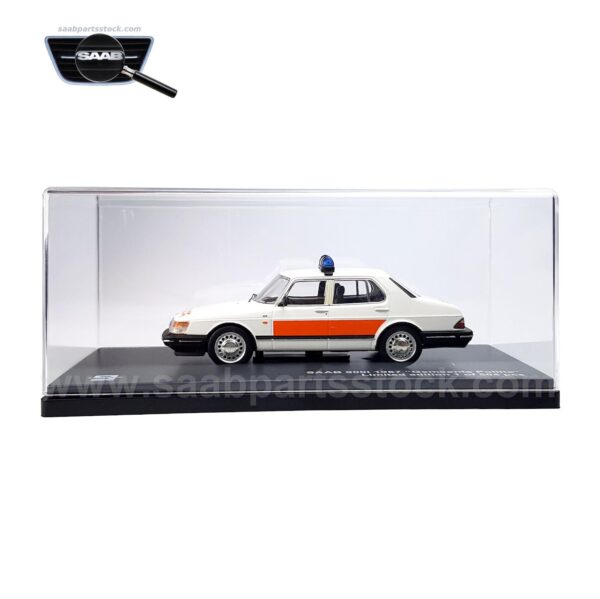 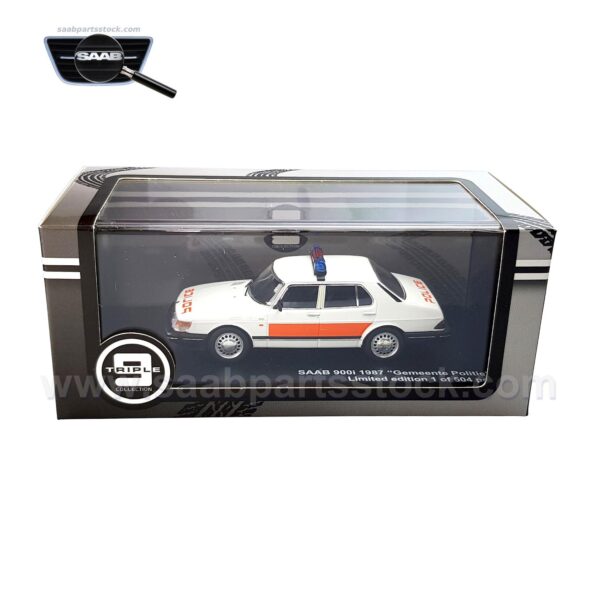 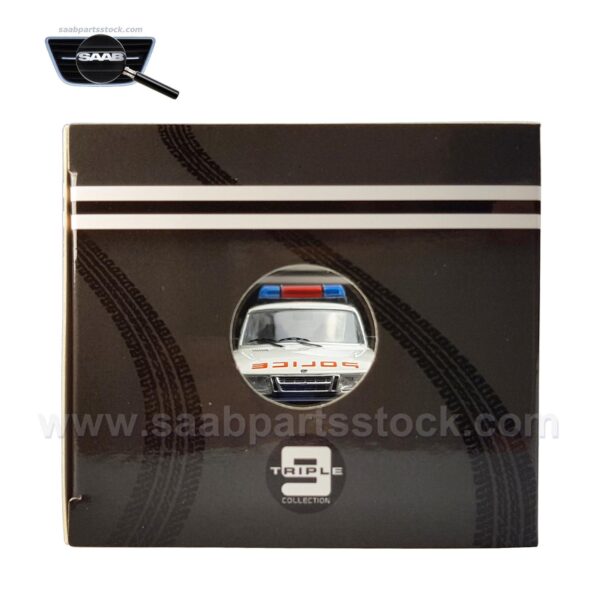 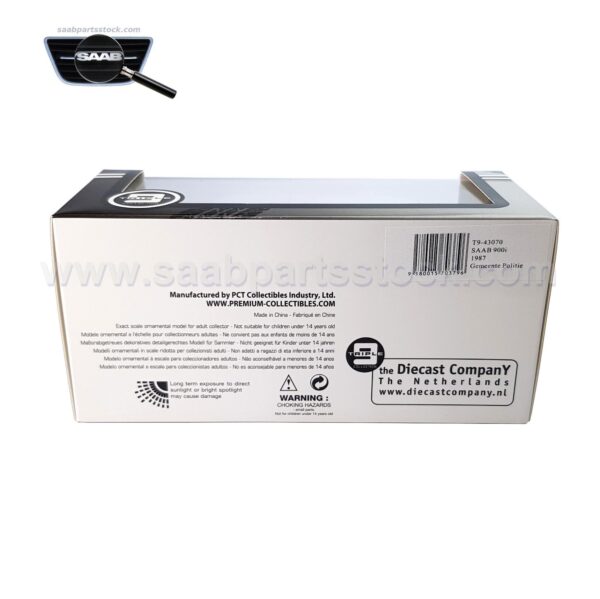 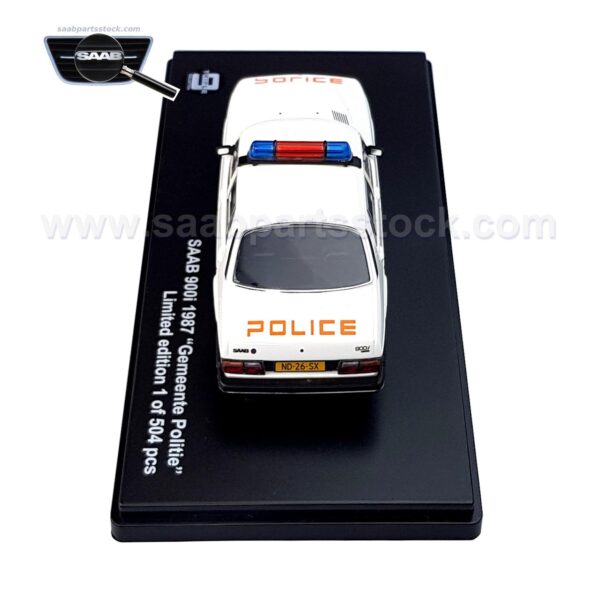 Short Story:
The Saab 900 is a mid-sized automobile which was produced by Saab from 1978 until 1998 in two generations; the first generation from 1978 to 1993, and the second generation from 1994 to 1998.
The first-generation car was based on the Saab 99 chassis, though with a longer front end to meet U.S. frontal crash regulations. The 900 was produced in 2- and 4-door sedan, and 3- and 5-door hatchback configurations and, from 1986, as a cabriolet (convertible) model. There were single- and twin-Zenith carburettor; fuel injected, and turbocharged engines, including both Full Pressure Turbo (FPT), and, in European models during the early 1990s, Low Pressure Turbos (LPT).

Triple9 SAAB 900i Classic Dutch Municipal Police M1987 model car has white body colour and dark seats. Very detailed, as you can see in the photos. This is a brand new collector’s model car.
Scale 1:43
Manufactured by:  Triple-9 Collection

This model car is made by PCT Collectibles Industry, Ltd.